Originally from Hull, Stuart joined the Royal Navy aged 16. His service saw him travel the world including stints in Hong Kong and the Falkland Islands (during the conflict). Whilst in Hong Kong, Stuart was ‘given’ charge of the ships dog, a stray that had been adopted by the Ship’s Company, and affectionately known as Leading Dog ‘Ben Chews Bones’. When Stuart was due to return to the UK he managed to find ‘Ben’ a new home with the local Ghurka regiment. After 24 years’ service and with a compendium of great stories, Stuart left the Royal Navy as a qualified Hydrographer. In 1998 Stuart joined the team at Mayflower Marina where he has recently completed 20 years of continual employment. As a Senior Bosun, with so much experience to call upon, he can pretty much turn his hand to anything, although his practical skills are such that he is the ‘go to’ man for getting maintenance jobs done! Away from the marina, Stuart is an ardent camping enthusiast, and after years of wrestling with tents in all weathers, he has recently become the owner of a camper van called Maggie. 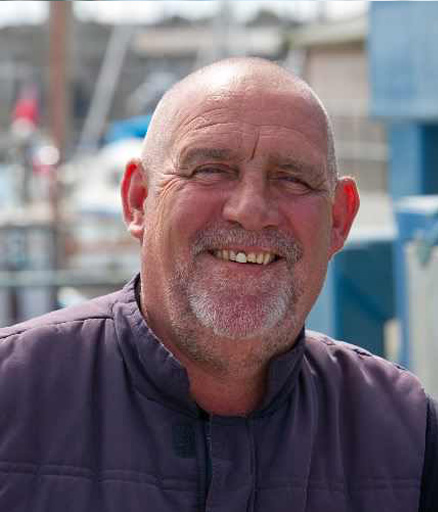